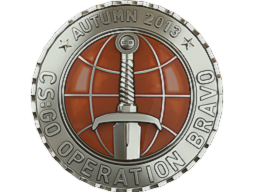 When I first made this blog post in 2016 it was the longest break between operations after Bloodhound ended. so I decided to made this post to detailing all release information about the previous operations.

Some of the initial data was sourced from the csgo wiki

The Table below shows info on: Release days of the week (PDT), Release Time (PDT) and duration of all of the previous operations

Notes:I will be updating these details over time as new operations are released.

This post was created off the back of an existing page that proved quite popular with people: CSGO Case Release Order – check it out if thats something that interests you!

What is the average duration of an operation?
From the above table, we can see that the average duration of all Operations is 132 days (or just under 4.5 months) also, the new trend appears to be that operations are no longer extended after their initial end date that gets set at the start of the operation.
This may change in the future if valve decide to shake up the Operation formula.

What is the average time between operations?
Again using the table above we can see that the average gap between operations is 176 days (or 5.8 months) so basically operations occur less frequently than they occur. However this changes if we remove the giant break that occurred before shattered web (only 106 days / 3.5 months between Operations)